The smartphone packs a Qualcomm SDM636 Snapdragon 636 chipset with Octa-core 1.8 GHz Kryo 260 GPU. It is paired with 3GB/4GB of RAM and 32GB/64GB of internal storage. The device offers 6.01-inch FULL HD+ display with 1080 x 2160 pixels resolutions. The smartphone comes with dual 12MP + 5MP back shooters plus an 8-megapixel front camera.

There is a 32GB/64GB of internal storage option which can be expandable up to 512GB. And similar to its predecessor, it sports a fingerprint sensor at the back panel.

It ends in a large pixel density of 402 PPI with the aspect ration of 18:9. There is a Corning Gorilla Glass v3 protection on the front display.

The Moto Z3 includes dual 12MP+5MP back cameras that are assisted with an LED flash that will assist you shoot videos and photos in dim conditions. Back cameras feature f/1.8 along with f/2.0 aperture lenses, respectively. The secondary 5MP shooter is a depth sensor lens that promises detailed images and vibrant.

The device is powered by a 3000mAh Li-ion battery which is not good enough for the device as there is the large screen size of 6.01-inches. Furthermore, it does support quick-charging(15W) similar to its predecessor.

The Moto Z3 is a dual SIM device that accepts Nano-SIM. 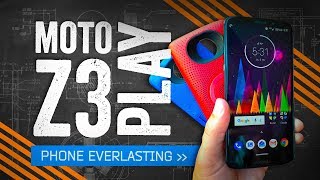 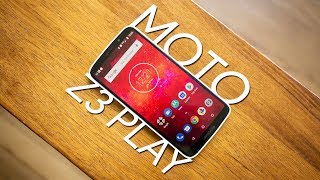