Buy Moto x4 smartphone if you are looking for an affordable mid-range phone which is also good for Battery Life, Design, and performance with the compact screen. Hence, the highlight of the Moto x4 smartphone is its compact screen which also includes performance and battery life which is great to find in mid-range phone segment. The device was launched in November 2017. This smartphone features 5.20 inches Full HD display with 1080 x 1920 Pixels resolutions. It comes with Android Nougat 7.1.2 operating system but it is upgradable to Android – 8.0 Oreo.

Moto x4 is powered by good 3000mah non-removable battery. This smartphone is packed with a dual 12MP + 8MP rear camera and large 16MP front camera. In the box, you will get Handset, USB Cable, 15W Turbo Charger, Warranty Card, and SIM Tray Remover Pin. It comes in 2 colors– Sterling Blue and Super Black. The device comes in 3 different categories of RAM; 3GB, 4GB, and 6GB, and you can choose between 32GB or 64GB of ROM.

The Moto x4 has a dimension of 148.35 x 73.40 x 7.99 (mm) and weighs 163.00 grams. The smartphone is a Dual Sim (GSM and GSM) phone which accepts Nano-SIM for both the slots. It has Hybrid SIM slot design and external memory can be extended up to huge 2TB memory. The smartphone does have LTPS IPS Corning Gorilla Glass protection. The Moto x4 features 5.20 inches Full HD IPS Display with the resolutions of 1080 x 1920 pixels at the 424 PPI per inch.

The Moto x4 is good value for money phone in terms of performance. It is powered by a Qualcomm Snapdragon 630 processor which is good to play high-end games, watching videos and browsing seamlessly. It comes in 3 different categories of RAM; 3GB, 4GB, and 6GB which can be chosen between 32GB or 64GB of ROM. It is configured with 2.2GHz octa-core CPU and GPU with Adreno 508 at 650 MHz. The device runs on latest Android Nougat 7.1 operating system (upgradable to Android – 8.0 Oreo).

The Moto x4 is powered by a good 3000mah non-removable battery and additionally, the device comes with 15W Turbo Charger which reduces the charging time, it can charge up to six hours of charge in just about 15 minutes.

Moto x4 support 4G network with 4G LTE with VoLTE out of the box. It includes connectivity options such as Dual Sim (4G LTE -Cat. 6), Wi-Fi 802.11a/b/g/n/ac, 2.4 GHz + 5 GHz, Bluetooth 4.2, microSD, Wireless Sound System, and USB Type-CTM Port. Most of the major sensors are available in the device such as the Gravity, Fingerprint Reader, Proximity, Accelerometer, Ambient Light, Gyroscope, Magnetometer, and Sensor Hub.

Moto x4 sport a dual 12MP + 8MP Rear Camera with the f/2.0 aperture at 1.4 microns Pixel Size and a large 16MP Front Camera with f/2.0 Aperture with a pixel size of 1 microns. It is an average camera phone but it fulfills your basic needs. The rear camera also supports important features like Phase Detection AutoFocus (PDAF), Ultra-wide Angle Shot, Professional Mode. The front camera also coupled with the features like Selfie Flash and Beautifications Mode which good to have and can be useful.

Also following are the other camera features in Moto x4: 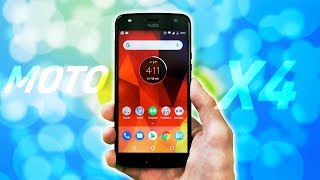 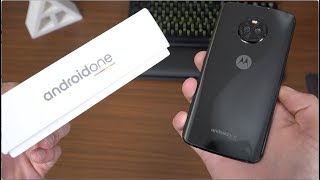 One of the Best Budget Phones Just Got Cheaper

Be the first to review “Moto x4” Cancel reply